Prep for the 2016 autocross season started this weekend. A few pictures to show the plans and progress.

All disks have been sanded, ready for bedding-in new pads, Carbotech Bobcats that come painted red. I’ll replace the brake fluid as well. 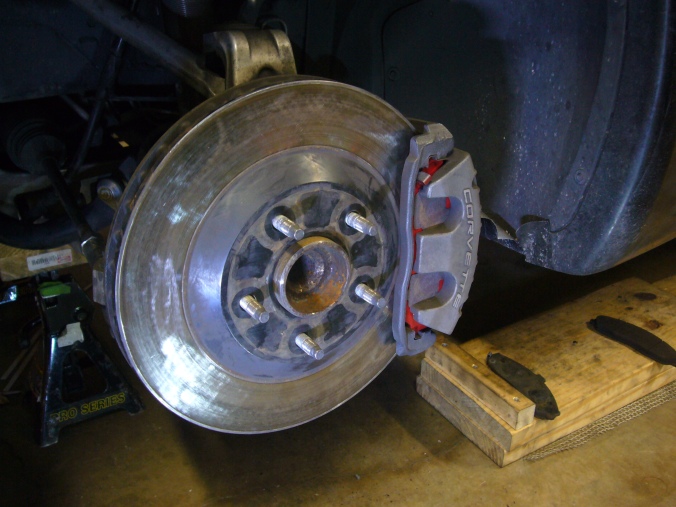 Sanded Brake Disk with New Pads in the Caliper

The Pfadt/Ohlins shocks are reinstalled. No changes since RE Suspension worked on them last year. I’ve routed the line to the remote reservoirs a little differently than last year to better keep it away from any sharp edges. The upper right A-arm bushing has migrated a tad, but it should be good for another year.

Pfadt/Ohlins Shock Rebuilt by RE Suspension

The shock remotes are again strapped to the front roll bar, but reversed in orientation from last year. If I lay down in front of the car I can just reach them to turn the adjuster knobs.

Most modern roll bar bushings don’t really need any lubrication, but to reduce friction to a minimum I cleaned and lubed them with Energy Suspension super-sticky grease intended for polyurethane bushings. I noticed that the inner surface of the bushings have circumferential ridges that seem like they will hold some grease in place quite well. I don’t think this stuff will wash out. 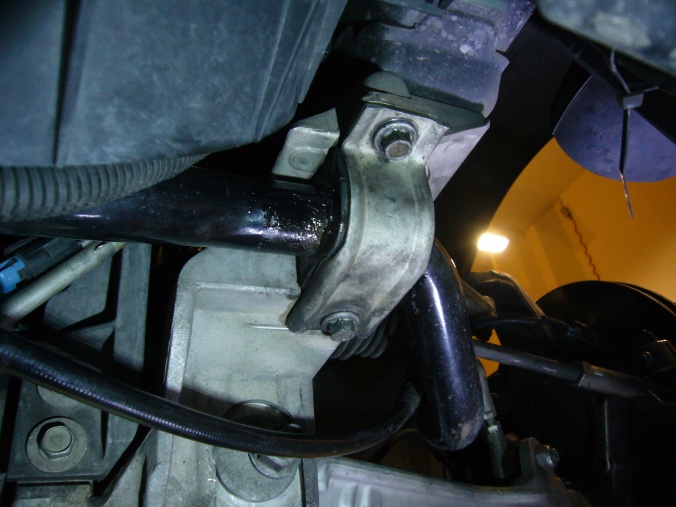 After the rears are finished, I’ll get the car aligned and corner balanced. Then, I’ll disassemble the driver’s seat again and figure out what’s broken in it this time.