In my last post I claimed that learning to determine and drive a momentum-maintenance line was one of three basic skills that the beginning autocrosser must acquire in order to Save Time. In this post I’ll give another example, from the same event discussed in the last post, of how I approached a particular section, determined what line I wanted to drive and how I actually drove it as recorded by GPS data.

The course designer was Charles Krampert. Charles posted the course map prior to the event and challenged folks to state how they were going to drive the 180 degree turnaround section. This generated lots of interesting pre-event discussion on the TAC/TVR website (you can see it at http://teamtac.org/e107/e107_plugins/forum/forum_viewtopic.php?104840) with various ideas of how it should be done. 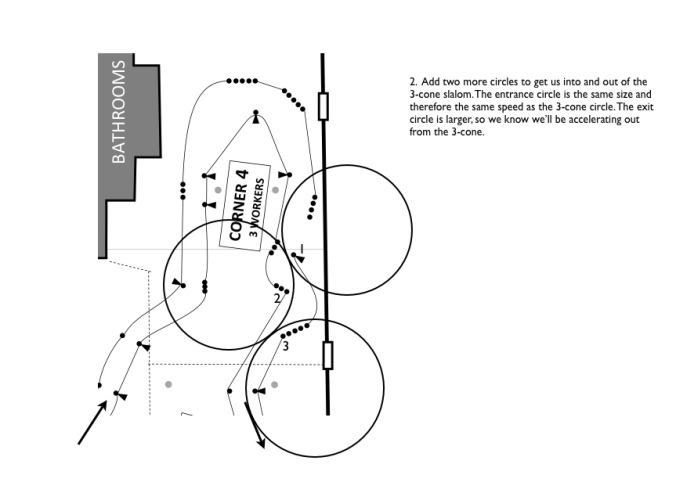 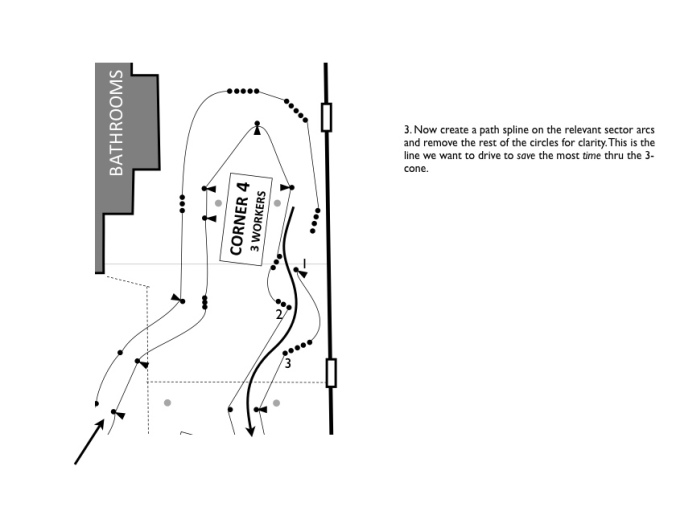 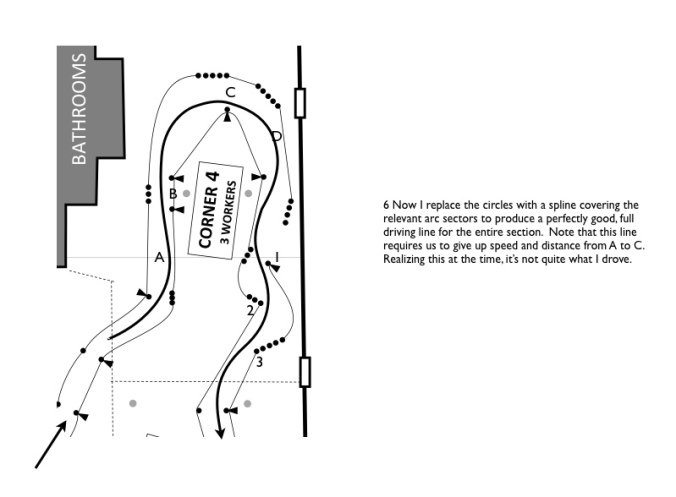